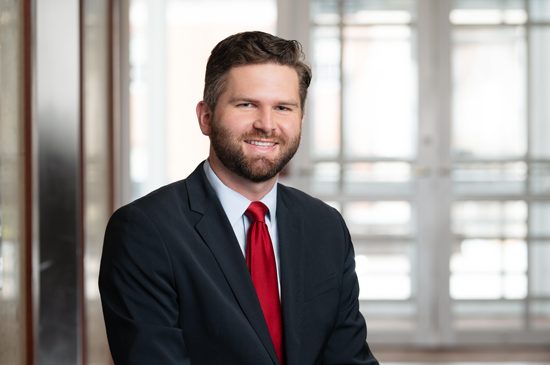 Adam focuses his practice in the areas of general liability defense, insurance coverage and products liability matters. He has significant experience defending and evaluating cases in eastern Missouri and southern Illinois, including St. Clair County and Madison County.

Previously, Adam worked as a senior associate in a midsized defense in Illinois where he defended businesses and insurers in a broad scope of matters. Adam’s focus included general liability, construction, premises liability, dramshop and first-party coverage claims. Adam also has experience defending lenders and investors in commercial litigation and real estate and title claims, as well as wrongful foreclosure and consumer fraud/merchandising practices act suits.

During law school at the University of Illinois, Adam served as a judicial intern for the Honorable Jeffrey B. Ford in Champaign County, Illinois and volunteered in the US Attorney’s Office in Urbana, Illinois under now US District Judge Colin Bruce. Adam was an inaugural member of the University of Illinois’ Community Preservation Clinic, which has been recognized with more than $1 million in grants for developing forwarding-thinking foreclosure mediation programs across central Illinois.