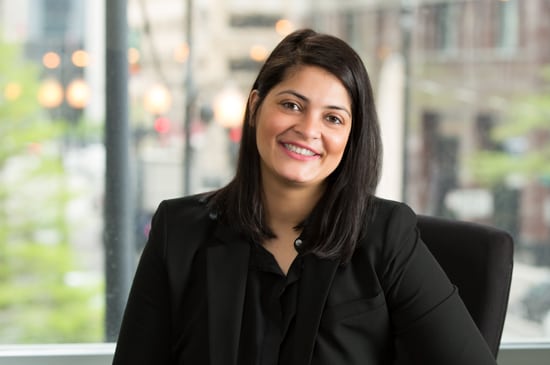 Radhika focuses her practice on complex commercial civil and criminal litigation in the Illinois State and Federal court. Her practice areas include business litigation, personal injury, insurance coverage and white collar defense. She is an experienced litigator and, as a former prosecutor, she has litigated more than 150 bench trials in Cook County and several jury trials.

While attending Michigan State University School of Law, Radhika participated on the Arbitration Moot Court team that won the regional championship in 2011. She also served as a research assistant to Professor Mary A. Bedikian.

Radhika served as the president of the Asian American Bar Association of Greater Chicago from 2018–2019.