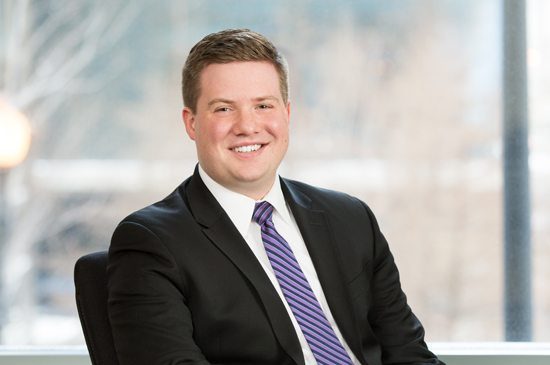 Ryan concentrates his practice in the areas of insurance defense, insurance coverage and commercial litigation in Illinois state and federal courts. He defends companies in various suits including negligence and breach of contract matters, but also defends executives, attorneys, insurance agents, real estate brokers and other professionals in professional liability and business matters. Additionally, Ryan has experience in intellectual property law, including trademark, trade dress, copyright and patent litigation as well as various intellectual property licensing.

While attending Chicago-Kent College of Law, Ryan was a judicial extern for the Honorable Drella Savage of the Law Division of the Circuit Court of Cook County. During his externship, Ryan assisted in the drafting of judicial opinions and legal memoranda on a wide variety of issues before the Motion Section. He also was a research assistant for the former Illinois Solicitor General Carolyn Shapiro wherein he assisted with the review of the Senate Judiciary Committee hearings for several United States Supreme Court Nominees.