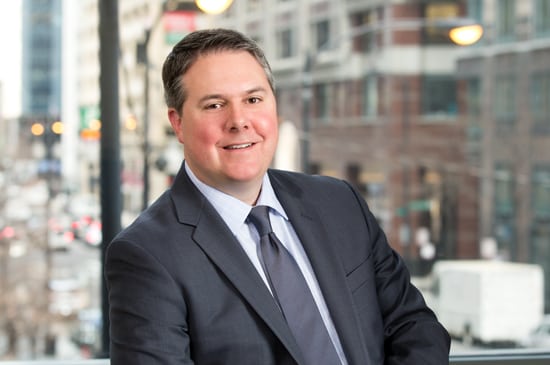 Jim is an experienced trial attorney who concentrates his practice in defending professionals, businesses, nonprofit and municipal entities. He has tried cases throughout Illinois in state and federal courts. Additionally, he has been admitted pro hac vice for trials in multiple states as lead counsel or to serve as national/regional coordinating counsel.

Jim frequently takes on difficult but topical cases that garner media attention, such as opioid litigation as well as cases alleging negligence and abuse in churches, nonprofit and youth organizations. He also defends clients in catastrophic injury and wrongful death actions. Jim’s devotion to his clients and fearless demeanor in the courtroom is unwavering. As a result, Jim’s clients know that they can count on him to try any case, no matter the odds. In some cases, this includes asking him to appear late in high exposure cases after settlement negotiations have failed.

Jim applies his results-oriented attitude to his representation of professionals from all backgrounds. He regularly defends doctors, dentists, hospitals, pharmacies and pharmacists, and long term care facilities in malpractice and regulatory matters. He has a particular expertise in defending actions alleging complex medication errors. Jim also takes great pride in being a go-to advocate for those in his own profession–when other attorneys are sued for legal malpractice. He likewise defends accountants, architects and engineers in malpractice matters.

Jim understands that businesses face unique challenges when sued. He works tirelessly to make his clients relatable to a jury in order to combat a “David vs. Goliath” scenario in court. This approach has proved successful in his premises liability and products liability practice, which is focused on asbestos, mass tort and toxic tort litigation. He also defends clients in contract and warranty actions, non-compete claims, consumer fraud and unfair business practice actions. Jim handles class action defense and defends businesses in retaliatory discharge and discrimination actions, and participates on Litchfield Cavo LLP’s COVID-19 Resource Team.